The 'speendagen'; the abbey has been at the forefront of hospitality for centuries. In the picturesque main gateway on the south side of the abbey you can still see a stone bench and the special window for food distribution. The 'speendagen' were the important alms days of the abbey. The abbey was always renowned for its hospitality, a place where the hungry where fed, the thirsty were given drink and strangers were received for the night. 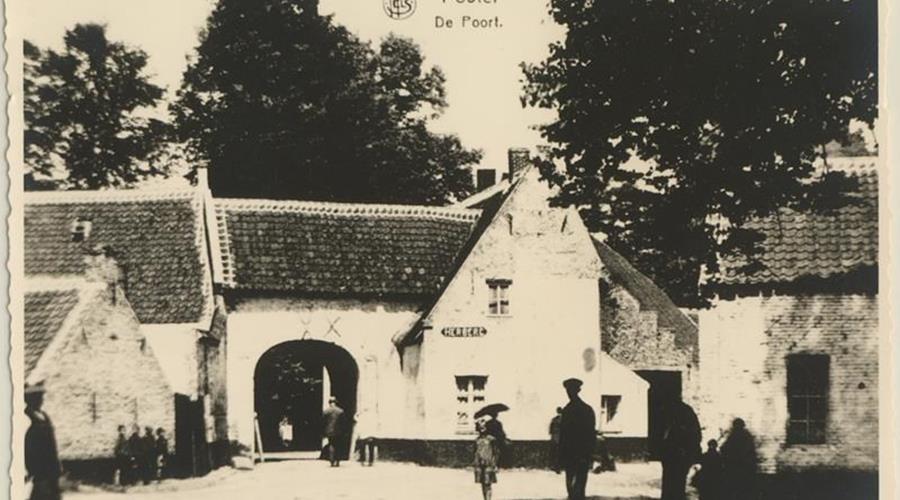 On average one thousand strangers a week were received, besides the royal knights, who might arrive at any moment a hundred at a time. They were provided with hay and straw for their horses. In the 17th century 300 - 400 poor people came to the monastery three times per week. On these so-called 'speendagen' (alms days), they were given beer and bread for one day. Twice a year, at the beginning and at the end of Lent, up to 5000 poor people might congregate at Postel. They were each given two three-pound loaves, a pound of bacon, two herrings and a mug of beer. Those who came barefoot were given a pair of shoes. It has been recorded that at one time '30 heavy pigs and more than 3000 litres of wheat' were distributed. On 27th February 1631 the alms distribution became a pillaging, and 6000 loaves and 3000 pounds of bacon went missing.

On the estate of Postel Abbey
Abdijlaan 16