In medieval times, the plague, called the Black Death by locals, regularly raged in this region, as elsewhere in Europe. Entire generations died of this incurable and highly contagious disease. In order to try and stop the spread of this terrible disease, moribund infected villagers were locked into so-called 'plague houses'. 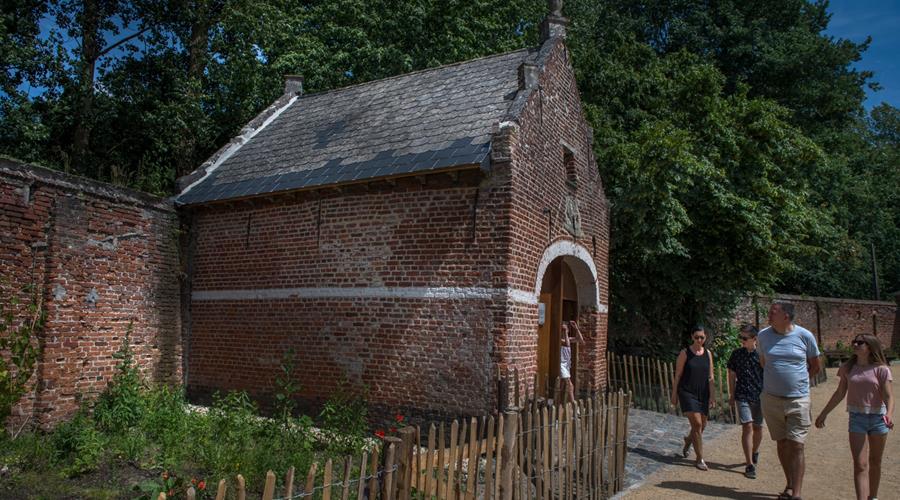 Such a house is found within the abbey walls of Postel. It probably dates from the 17th century. At the back of the building, a pit was discovered. According to local lore, the deceased plague victims were tipped straight into a 'pit of oblivion' and covered with quicklime. The plague house has been recently restored. It is centrally located in the abbey herb garden and is free to visit. It now contains a large amount of fascinating information about the Kempen heather and sheep, herbs, plague, bog myrtle and medieval beer, also pictures of a rare bat colony.

Free at all times