At the end of the nineteenth century St Anthony of Padua was highly popular as the patron saint of lost property. The chapel was built in 1898 and due to its popular dedication was a much-visited place of worship. 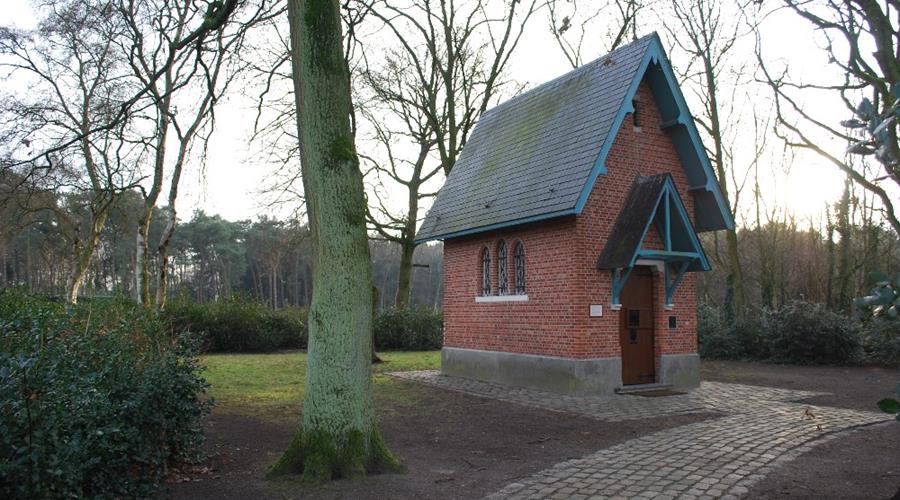 In the past it was possible to cycle on a bumpy path through the fields straight from the centre of Sluis to the Corbiestraat. The path was known locally as the 'Sjokkelpedje'. As the years went by, the path slowly started to disappear because of housing developments and the wide railway.

Disrepair
On the route of this much-interrupted path in Sluis is the tumble-down Heilige Antoniuskapel chapel. The disappearance of the 'Sjokkelpedje' meant that the chapel fell into disrepair as well. After a while, the building was entirely enclosed by the surrounding gardens.

Since 1850
The path is marked on a map dating from 1850. Until approximately 1950-1960, the path was used by young cyclists to reach the Galbergen playgrounds. But due to the numerous redevelopments in past decades, the path gradually disappeared. Just a few sections remain, lacking a clear start or an end point.

Because of the disappearance of the 'Schokkelpad', the chapel became more and more isolated, until eventually it was almost impossible to reach. Now that the local council has purchased an access strip, the intention is to renovate the chapel under local authority auspices and to turn it into a visitor attraction.

The ravages of time and vandalism meant that the chapel became completely dilapidated: the windows are broken, the interior plaster has crumbled and the roof is rotten... At the end of the eighties, the Local History Chamber was commissioned to remove all valuable objects from the chapel and to store them until its possible restoration.