If you look carefully, you will spot the oldest stone border post in de Kempen. This unusual boulder is documented to date from 1417. It marks the border between Meerhout, Mol and Geel. The stone is inscribed with the letters M and G, for Mol and Geel. So what about Meerhout? 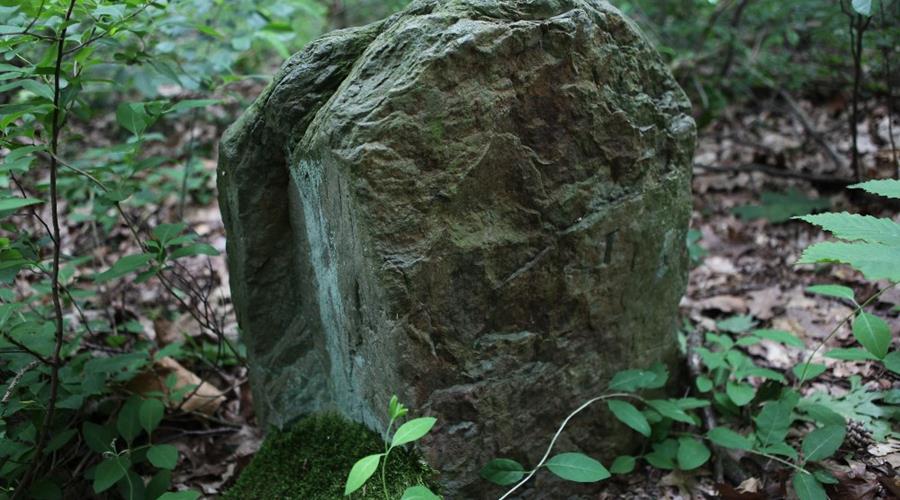 Because the abbess of Maagdendal, which contained Meerhout at that time, was not prepared to contribute to the stone, the name of Meerhout was left off. This used to be the location of the Jutteput. De stream called the Zeeploop was a drain between the Jutteput and the Duivelskuil. It should really be on Meerhout territory, as the land is much lower there. But this, too, the abbess would not allow. Digging on my territory? When pigs fly! she must have thought,  in other words, never. So the Mol people had to dig very deep and the resultant Zeeploop resembles an Ardennes river more than a drain.