An interesting fact: there is just one canal junction in Flanders and that is found in Dessel. Shortly after Belgian independence in 1843, a canal was constructed through the Kempen region in order to connect with the Scheldt and Antwerp. The aim was primarily to connect the hinterland of Liege to the port of Antwerp en between the Meuse and the Scheldt. 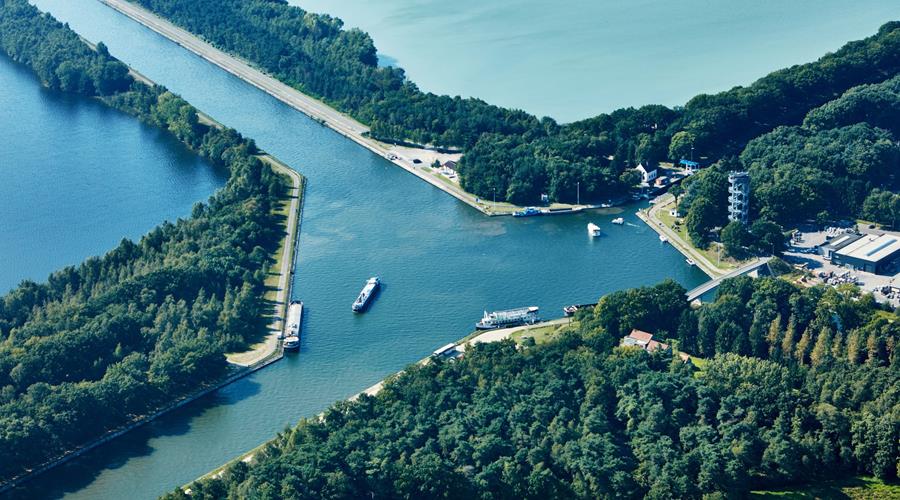 Between Bocholt (on the Zuid-Willemsvaart) and Herentaals (on the navigable Nete), the Kempen Canal was constructed in just three years. Turnhout was connected to the Kempen Canal in 1846 by way of a side branch near Dessel. In 1854 work was started on a canal running south from Dessel to Hasselt, covering 44 k. From 1930, one section of the last canal between Kwaadmechelen and Hasselt was used as a section of the new Meuse - Scheldt link, the Albert Canal. The canal connection between Kwaadmechelen (Albert Canal) was preserved.