We have sand mining to thank for our biggest tourist attractions. The white sand was discovered when the Kempen Canals were dug out in the second half of the 19th century. During the digging works, white sand was found at shallow depths and simply tipped onto the banks. One day a barge skipper carrying a cargo of sand (!) from Zeebrugge to Liege, spotted the white sand at Mol and took a sample for inspection. It turned out to be of the highest quality. 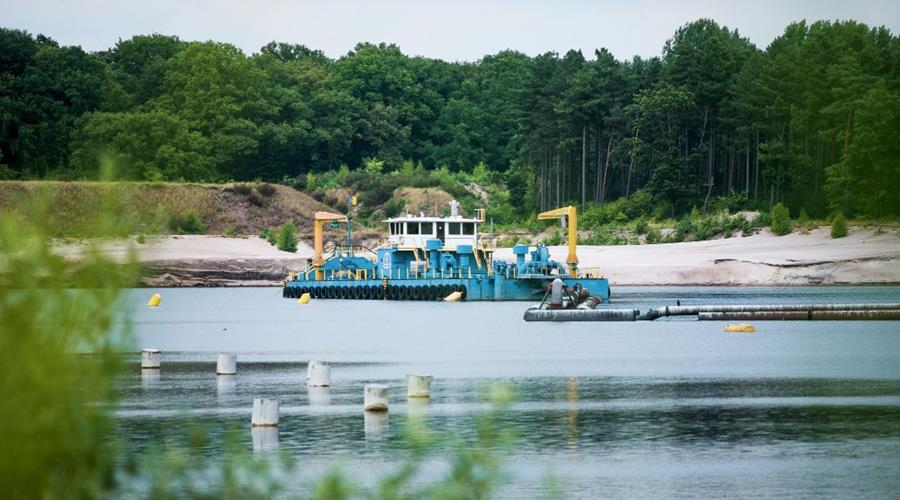 He never went back to Zeebrugge, but just loaded up the sand from the banks. But he was soon joined by others. Antoon van Eetvelde, steward to Baroness Elisabeth de Candegrave le de Gijseghem spotted an opportunity. He started buying up all the low-cost land along the canal and began mining the white sand. It started off in a primitive fashion. The sands close to the canal were mined first. That was a matter of improving the transport facilities. Using spades and so-called 'beugels' (a type of large dip nets) the sand was mined to a depth of approximately 4 metres. From 1882 the sand was collected using dredgers. Six years later these were replaced by suction dredgers. Small companies were founded everywhere, with names such as Sablières et Carrières, Réunies, Taquenier, La Moloise, Campinoise, Silversand Pilkington and Nouvelles Sablières de Mol. They disappeared again or merged until the only one left was SCR Sibelco, currently the world leader in white sand mining.