Jef Janssens is rightly proud of his Kempen black pudding His father's recipe was followed at home in the Kempen as well as in the butcher's shop. 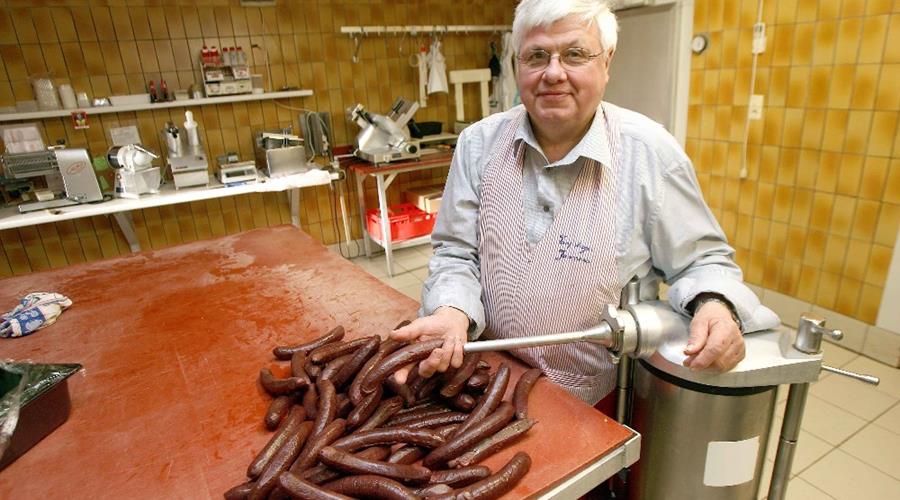 Fresh blood and black pudding spices are still the most important ingredients in this traditional dish. The spices, also known as 'allspice' have a flavour in between black pepper and cloves and impart a particularly delicate taste to the black pudding.