The blue chapel in Kapellekensdreef in Gompel was built in 1843 by Willem De Boey, a rich man from Antwerp who had a country residence in Mol. He had been sponsoring projects run by father de Smet, 'the apostle of the Indians', in America. 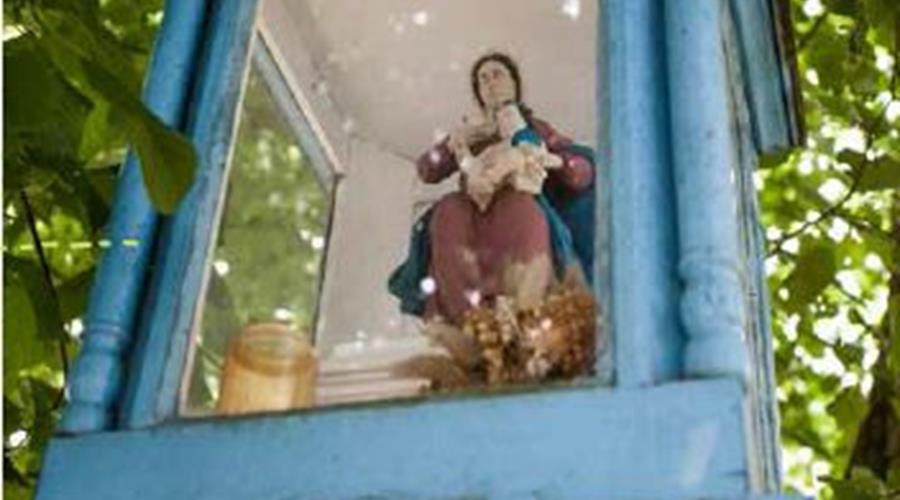 During a trip back to Belgium, father de Smet visited his sponsor. De Boey had a permanent memorial erected to their walk in the Mol landscape, in the shape of a blue cast-iron chapel. The inhabitants of Gompel later claimed that father de Smet had suffered a painful fall off his horse in that spot, but that he had made a miraculous recovery.